Every year around this time my friend Nate organizes a fest in his honor – to get friends together and to celebrate his birthday. I was lucky enough to be able to attend the 15th annual Natefest which was held at the Olympic Hotel in Centralia, Washington this past weekend.

I tried to attend last year, but caught some sort of nasty flu on my return home from Thanksgiving in Mexico… yes it could have been the swine flu. And yes, as many people have joked I could have been patient zero. Though no one I know got sick after me so that puts that theory to bed.

Anyhoo, Nate scouts out locations early in the year, makes all the arrangements, and then collects $100 from each of us in the fall. All we have to do is pack and get there and everything else is covered.

About forty people came this year. We were booked in nearly every room at the Olympic Hotel, a former brothel, that from the histories I read provided quite a service for quite a few men during the early 20th century. The hotel is linked to a pub, pool hall and movie theater and located along a historic main street that seems to have the corner on antiques in the area. A full-sized full set plastic glow-from-within Nativity set was on sale for only $450. Quite a steal!

So Friday I took the MAX from work to the train station and boarded the Amtrak going North. I met up with my friend Molly (whom I’ve known since the 2nd grade) when she boarded at the next stop (Molly is married to the Nate of Natefest). About an hour and a half later we deboarded in Centralia and walked across the street to the Olympic Hotel where the festivities had already begun.

The weekend was full of yummy drinks, food, friends and field trips. A quick trip to Mima Mounds came close to resembling a Gilligan’s Island style three-hour tour. Our Saturday night festivities were capped with the annual Feuerzangenbowle and the season’s first snow fall. On Sunday I hopped out the back of the Oly Club and on to the train for a lovely ride back to Portland through fresh snow-covered hills. Quite a way to start December! 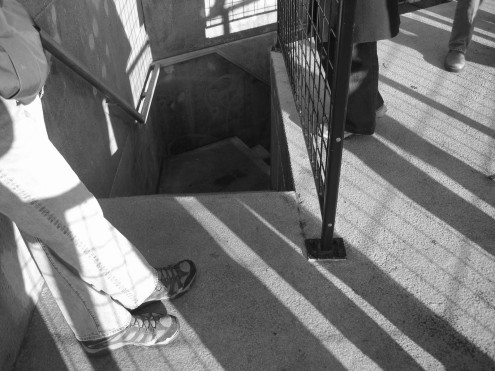 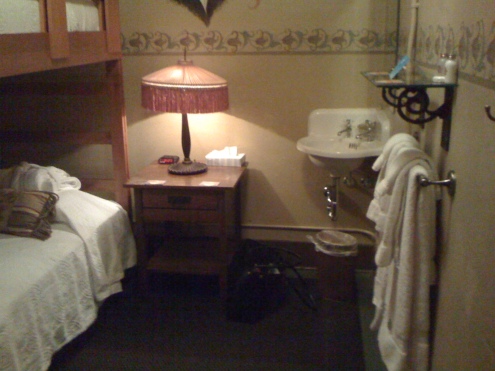