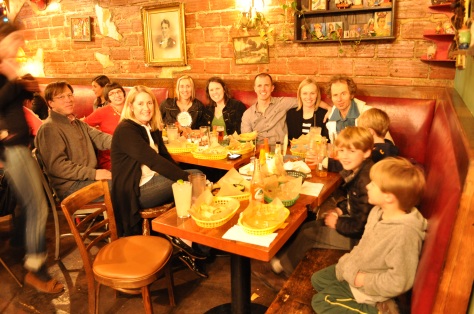 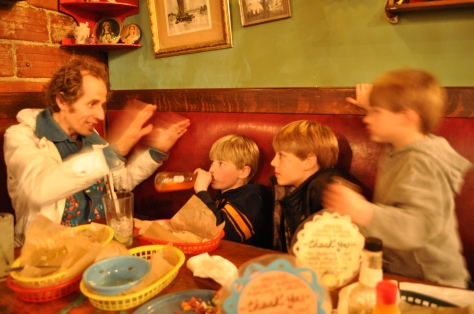 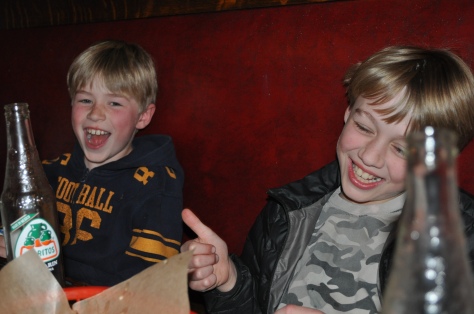 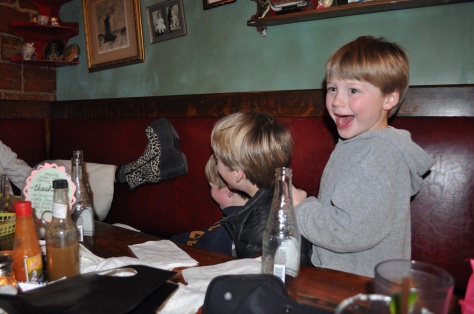 Thank God I didn’t wear sweats to the office is all I could think about when I arrived at Ted and Tara’s house on Friday night under the ruse that we were going to enjoy a “quiet” night at home cooking dinner and playing Scrabble. I should have guessed something was afoot when I saw Ted’s cheetah inspired platform boots.

Only moments later I learned we were going out! At this point I’m still thinking it’s just the three of us. But then as the night went on Ivy showed up, and then Jay and Sarah, and then Renne all the way from Sequim, Washington, and finally Lee, Guido and their three boys. We commandeered a large corner table at Por Que No (not an easy feat to be sure) and then proceeded to eat yummy tacos, drink margaritas and be entertained by Ted who had the Rahr boys captivated and us in stitches.

About halfway through the night I was given day glow jewelry that could only mean one thing – 80s night at the Crystal Ballroom! It was like old times! And when I say old times I mean the early 90s when Ted, Renne and I frequented Portland’s dance clubs and shut many of them down every single weekend, especially Sunday night disco at the Lotus. We were all young artists who didn’t need to be in an office on Monday morning so what better way to end our weekends!

Anyway, the Crystal Ballroom was packed and so we danced ’til midnight to some choice 80s music – including many one-hit wonders (Safety Dance anyone?!?). I couldn’t have planned a better beginning to my 40th birthday celebration weekend.