gift crack:  the gap in wrapping paper or the uncovered portion of a gift found on the bottom or sides of the box. this may result from the gift wrapper running out of paper or underestimating the amount of gift wrap needed to cover the entire box.

the annual holiday card is finished…
just in the st. nick of time!
have a joyful, reflective and festive holiday!

p.s. click on the image below to view it in full.

The storm hitting the east coast this weekend is being compared to the 2003 President’s Day Storm, which served as my own winter weather christening. My favorite snowy days included walking through drifts of snow around my neighborhood followed by fish and chips at Matt Murphy’s or sledding in Boston Common followed by macaroni and cheese at Silvertone. In honor of the blizzard bearing down on New England I wanted to repost my memories of the 2003 storm.

“Nearly seven years ago I moved to Boston. I was excited about my new job, but honestly had not warmed to Beantown. I’d only visited the city a few times before moving and each trip possessed a lovely little constellation of disasters which left a poor taste in my mouth.

But there I was – new job, new city, and new place to live – and I thought one out of three ain’t bad. My living situation was not ideal. I’d had two days to find a home and so settled for a college-esque place in the densest part of Boston with a roommate who had perfected cranky into an art form. The city was dirty and grey – it being February and all… and I couldn’t get anywhere without studying a map and practically tatooing it onto my body before leaving the house. (Even with all that effort I still ended up turned around at least once a day.)

The icing on the cake was what is now referred to as the North American Blizzard of 2003 or President’s Day Storm II. Flakes started falling on Monday February 17th and within 24 hours a record-breaking total of 27.5 inches of snow had buried the city… and my car. I had not yet learned the keep-up-with-the-snow-as-you-go method of New England winter survival so I let my car sink deeper and deeper into a cavern of heavy wet snow.

By the early afternoon hours on the 18th I decided to venture out and clear off my car. What I thought would take an hour tops took me until dark. I had a small scraper and had found some kind of shovel, but neither were very effective. On top of this – those with cars parked next to mine (who had already shoveled their cars out) plus the street plows added a good foot of snow on top of the nearly 2 1/2 feet that mother nature had bestowed. It was a sight to behold, and I honestly think I was in a kind of snow haze that kept me from going completely insane. Some left over childlike wonder at the sight of so much snow.

Towards the end of this archaeological dig one of my neighbors exited his house and offered to help me unbury my car, which uncharacteristically I accepted. After about another hour of digging when we were nearly done he sheepishly admitted that he’d contributed to the piles of snow on my Subaru when he had unburied his car earlier. Although I could have been angry I was actually glad I’d found the first person outside my office that was genuinely nice. Honestly I’d had my doubts before that day. Fortunately he was the rule and not the exception and I grew to love being in Boston… and even sometimes miss the snow.”

This song gives me chills. It makes me want to be back in New York City – eating lazy afternoon lunches in the West Village (at Ditch Plains), celebrating New Year’s Eve in Brooklyn, photographing architecture in Manhattan, and walking around in the snow in Central Park. 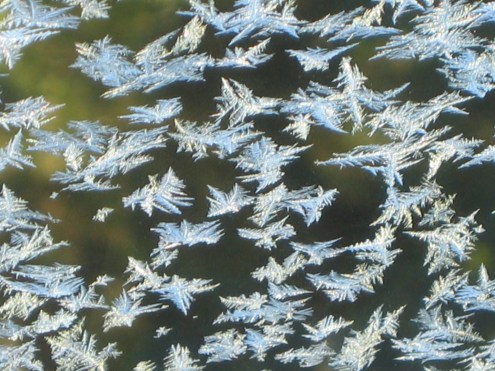