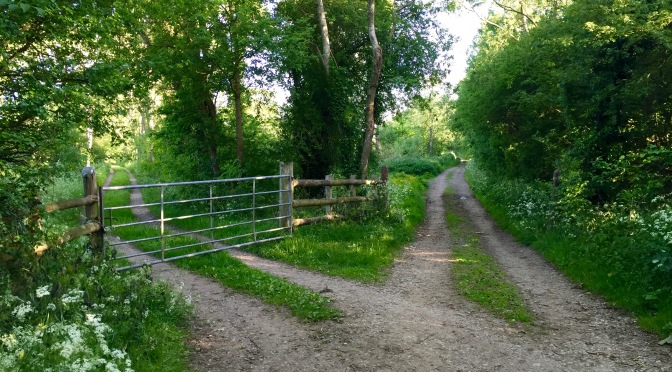 Join us next spring as we explore and share two magical places in England for a beautiful and nourishing seven-day/six-night retreat in the Cotswolds and Bath. We will explore the forests and landscapes of the Cotswolds and enjoy the sacred waters in Bath as we create art, write, and explore our surroundings between April 26 – May 2, 2018. We’ll celebrate the ancient Gaelic festival of Beltane together as we mark the transition between spring and summer, and learn about the history and traditions of this important annual celebration. You will have plenty of time for relaxation and conversation as you explore these inspiring places with our small and intimate group. Both Gretchen and Laurie have traveled to England many times and will serve as your tour guides as they show you the best parts of this enchanted country.

We’ll start and end in London, taking the train through the English countryside west towards the Cotswolds where we will spend four nights and three days in one of its charming villages. We will enjoy the cobblestone streets, thatched roof houses, and access to walking paths that weave through woodlands, along ancient hedgerows, and cross sheep-filled fields. Then we will take the train south to Bath and stay for two days and two nights near the heart of the town’s ancient Roman spring-fed baths, within steps of Pulteney Bridge and its artisan-owned shops. This is the same town filled with the Georgian architecture that inspired Jane Austen. We will return to London by train. We have a lot of fun things planned including: natural plant dyeing, watercolour studies, tarot and oracle card explorations, journaling practice, guided plant walks, sketching, DIY herbal facials, and more. 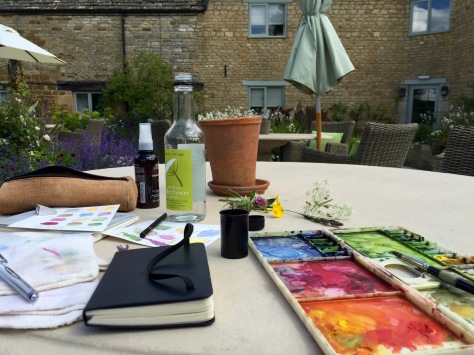 Or email us at: info@silvanandspring.com

There are few things that will take me away from watching a grand slam final… especially one that Rafael Nadal is competing in. In fact there are so few I can’t even imagine what else they might be. The only one I can think of is spending a long holiday weekend at Dant with my dear friend Lee, her husband Guido, their three boys, and countless old friends.

Guido, Jonathan and the boys saving rainbow trout and steelhead minnows from the soon to be dried pools of water remaining along Eagle Creek. They transport them to the Deschutes River in coolers where they can swim free.

Dant is a magical place. It started as an old mining town nestled along a crescent shaped bend of the Deschutes River under the watchful eye of wildlife laden basalt cliffs. A freight railroad curves around the edge and contributes to the feeling that this is a place where time stands still. No doubt bustling with activity during its active mining years it now serves as a weekend oasis for a very lucky few. 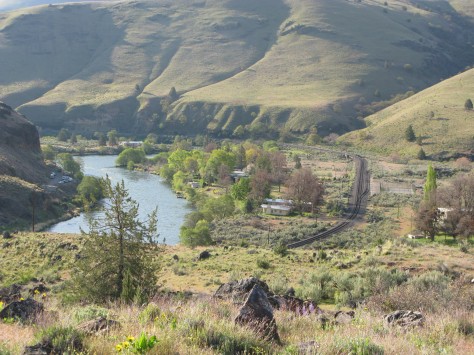 Looking south towards Dant from one of the surrounding hills.

Looking north towards Dant during a winter hike up Mt. Baldy. 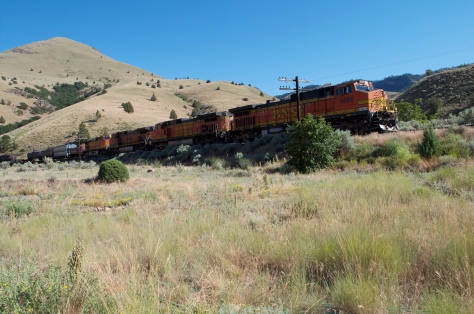 The train regularly passes through both day and night gracing us with a whistle or two whenever we wave at the conductor.

Like most special places the journey to this place is challenging and therefore contributes to its charm. The three hour trip from Portland starts with a drive through the Columbia River Gorge or over the Cascade Mountains range – an auspicious beginning each and every time. After driving across a plateau where you’re surrounded by fruit orchards and wheat fields you begin to descend into the Deschutes River canyon.

The genius loci really comes alive during the last hour of the journey. After passing through Maupin you veer on to a gravel road that borders the river’s edge until you reach a locked gate. From here access is limited to those with keys and we pause to wait for all the members of our party before continuing down the road. Sometimes the wait is short and sometimes long. We’ve all lost cell reception by this point so all we can do is hope that everyone got out of town on time and didn’t encounter any emergencies on the way. There is no way to reach those waiting at the gate. (the award for the best wait at the locked gate ended one cold November evening when Cyd met us there with a tray full of sidecars to whet our whistle) 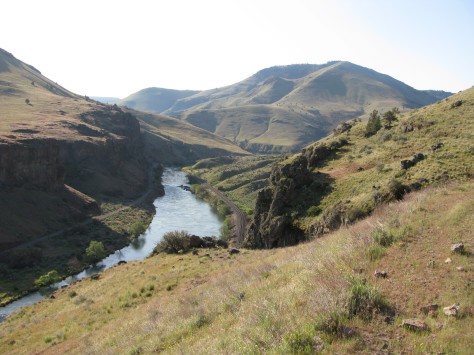 The last part of the journey is marked by crossing thresholds and near agonizing pauses when all you want is to be there already. The “are we there yet” refrain runs on a continuous loop in everyone’s thoughts.

Beginning at the locked gate the road is even bumpier and the anticipation palpable as we wind around corners following the river’s bends through the canyon. Steep basalt cliffs form a narrow passageway between the locked gate and the gatekeeper’s house where our caravan halts once again to sign in.

If you’ve been lucky enough to reach this point during daylight hours then you’ll often start seeing wildlife that call this place home – mule deer, rattlesnakes, ospreys and fence lizards just to name a few. The sun creeps up the face of the canyon’s hills and the shadows extend their presence. It’s the magic hour to be sure. 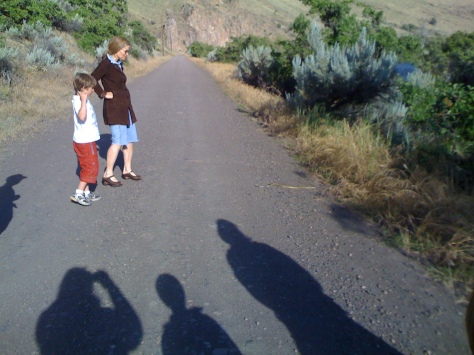 We stopped and paused to watch a rattlesnake cross the road and just as it slithered into the tall grass it shook its rattle at us.

Finally we reach the last threshold – turning off the road where we begin to unload gear and groceries near the dock. A driftboat attached to a pulley system spanning the river serves as our final mode of transport. We load up and pile on board for the short trip which always feels a bit tenuous. However in all the trips I’ve made (sometimes in the light and often in the dark, in both calm and stormy weather) we’ve never ended up in the river. Sometimes someone’s gear isn’t so lucky, but it’s always recovered and dried off.

At the dock looking across the river to Dant.

We unload the boat and pile our gear into carts for the walk to the house – a small two to three bedroom mining company-built cinder-block dwelling with strong nods to a mid-century modern ranch. The smell of sagebrush and juniper is intoxicating and we are all giddy as we walk along a pathway that stretches in front of the nine houses that parallel the river. 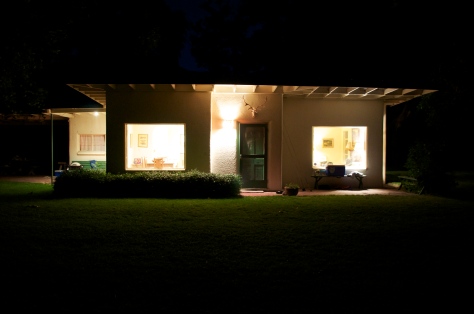 Even though the first night’s sleep is often short (after unloading and unpacking we often celebrate with a late night cocktail hour that lasts until the wee hours), it’s deep since this place makes you sleep more soundly than nearly any other place on the planet.

And tomorrow… part two – the magic